Ali: Hi, Elif! What about cycling?

Ali: That’s OK. I will call you next week.

1. What is the best option to complete the dialogue above?

A) Ali is good at cycling. I think you invite her
B) What about visiting Foça? We can also visit historic places
C) Unfortunately, I don’t like outdoor activities
D) By this time next week, I will have finished it. We can meet, then
E) I have already planned a meeting with my teachers

2. What is the best option to complete the sentence above?

3. Which option is the best option according to the information given by Funda above?

When I was at primary school, I_____ play any musical instruments. After I started the conservatory, I learned to play the piano and the violin. Now, I_____ play a few other instruments too.

4. What are the best options to complete the sentence above?

Anıl is happy to live in a village because he is ________ nature and he never feels relaxed in the city center.

5. What is the best option to complete the sentence above?

6. Choose the correct option to complete the sentence.

Simon: I used to live in a small town where we would play football and ride a bike in the streets.

Hülya: What unforgettable memories we have!

7.According to the dialogue, which sentence is correct about Sinan?

8. Choose the best options for the blank according to the sentence.

(1) When Sıla wants to forget about her condition, she fills her thoughts with castles, kingdoms, and fairytales. (2) Last month, Sıla and her family arrived at her destination: the Walt Disney World Resort. (3) Walking through the park's entrance, Sıla knew the princesses who gave her so much comfort and companionship. (4) When she saw them, she could hardly believe it. (5) As she admired the princesses’ costumes and toys filling the park’s stores, Sıla kept repeating, “This is so pretty.”

9. Which sentence is irrelevant to the unity of the paragraph?

10. Choose the correct option to complete the sentence.

11. Which option is the best option according to the sentence above?

A) I wouldn’t have bought this cheap camping equipment.
B) I wouldn’t take the risk of buying a new mansion.
C) I would owe some money from you to change mine.
D) I wouldn’t have owed such a large amount of money to the bank.
E) I would definitely have gone to that country with you.

12. Choose the best option for the blank.

Dilara: I should have revised more for my mathematics exam. I’m sure I’ll fail.

Dilara: How do I motivate myself to study beforehand rather than complaining?

13. Which options are suitable for the blank according to the dialogue above?

A) You shouldn’t study much.
B) You’ve been always good at writing poems
C) You must be so funny.
D) I love the way you study.
E) Don’t do something you would regret.

You borrowed two great novels from the school library. You had to return the books last week, but you forgot. When you finally return the books today, the librarian looks into your eyes angrily and he says:

14. What can he say according to the statement above?

A) You should have returned them last week.
B) I am going to call the police now.
C) You should take a break.
D) You are a very punctual and responsible person.
E) You should read these books, too.

She drives a very expensive sports car. Her shoes are the most expensive brand. I think she________very rich.

15. Choose the best option for the blank according to the sentence.

Sam: What are the must-see attractions in Istanbul?

Sam: That’s a brilliant idea. Thanks.

16.Which option is suitable for the blank according to the dialogue?

A) Where is the train station?
B) Why don’t you get a booklet from the tourism information office?
C) I don’t have any idea.
D) There are lots of historical places here.
E) It is good to be in Istanbul in this season.

The Galata Tower______overlooks the Bosphorus, the Golden Horn, and the Sea of Marmara, has the most spectacular view in Istanbul.

17. Choose the best option for the blank according to the sentence.

Ahmet ______ playing basketball professionally at the age of 16, and since then he has______ in many tournaments. He is really talented and everybody knows that he is gifted in playing this game.

18. What are the best options to complete the paragraph above?

Football player: Yes. My coach was kind enough to come and see me in Lisbon a few days ago. It was a very honest conversation between two people that respect one another. What we said to each other would remain private between us. Sir Alex listened to me, I listened to him and we agreed that the best for both sides would be for me to continue at Old Trafford. So, I can confirm that I'll be playing for Manchester United next season.

19. What is the question of this answer?

A) Would it be fair for Manchester United to lose you while you are still under contract?

B) Will you guys win the match against Liverpool?

C) Sir Alex Ferguson said that you will be playing at Manchester United next season. Is this true?

D) Would it be fair for Manchester United to lose you while you are still under contract?

E) Real Madrid is said to be willing to pay more. Is this the reason that has made you want to leave Manchester United?

An endangered animal is an animal_____has been categorized as likely to become extinct_____means it will be gone away forever just like the dinosaurs.

20. Which words are suitable for the blanks?

21. Choose the correct option to fill in the blank.
A) tactful
B) clumsy
C) expert
D) resist
E) weak

.......It identifies a trend among young people who use mobile phones for many activities, such as texting, e-mail, entertainment and conversations, as opposed to using keyboards with traditional desktop computers. Without any hesitation, they always send e-mails to their friends from their mobile phones using only one hand.

Ahmet: I think electricity is the most important invention.

23. Choose the best sentence to complete the dialogue.

Seasons can cause changes not only in temper but also in social behavior.

24. Which one of the options has the closest meaning to the given sentence?

B) Seasonal disorder is a type of depression that occurs at the same time every year.

C) Seasons affect both mood and social behaviors in positive or negative ways.

D) Feeling worse and more stressed in winter may be the symptom of having winter blues.

E) People cannot concentrate on their jobs during seasonal changes.

Sarah: ____ John ___ his wife mentioned anything about moving their house. I got shocked when I heard they moved to Sicily.

Garry: Oh! Sicily? That’s cool. It’s been on my bucket list for years. When will we visit them?

Sarah: I think, either in June or July.

25. Circle the correct option to complete the sentence above. 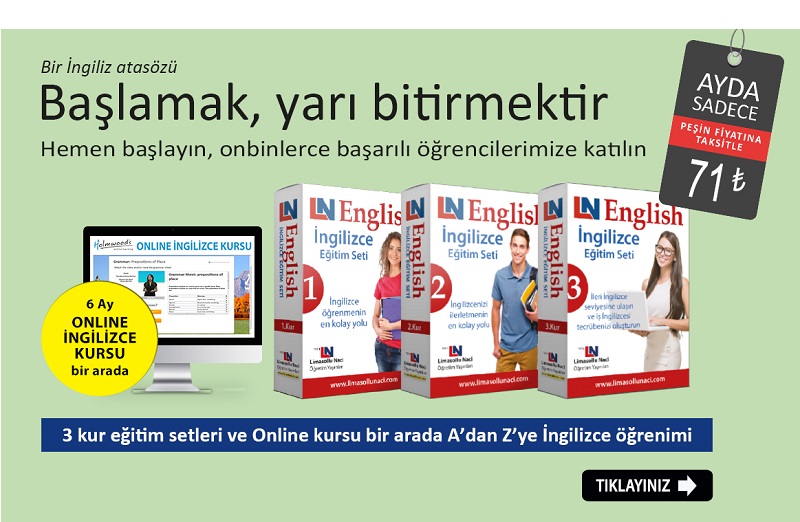